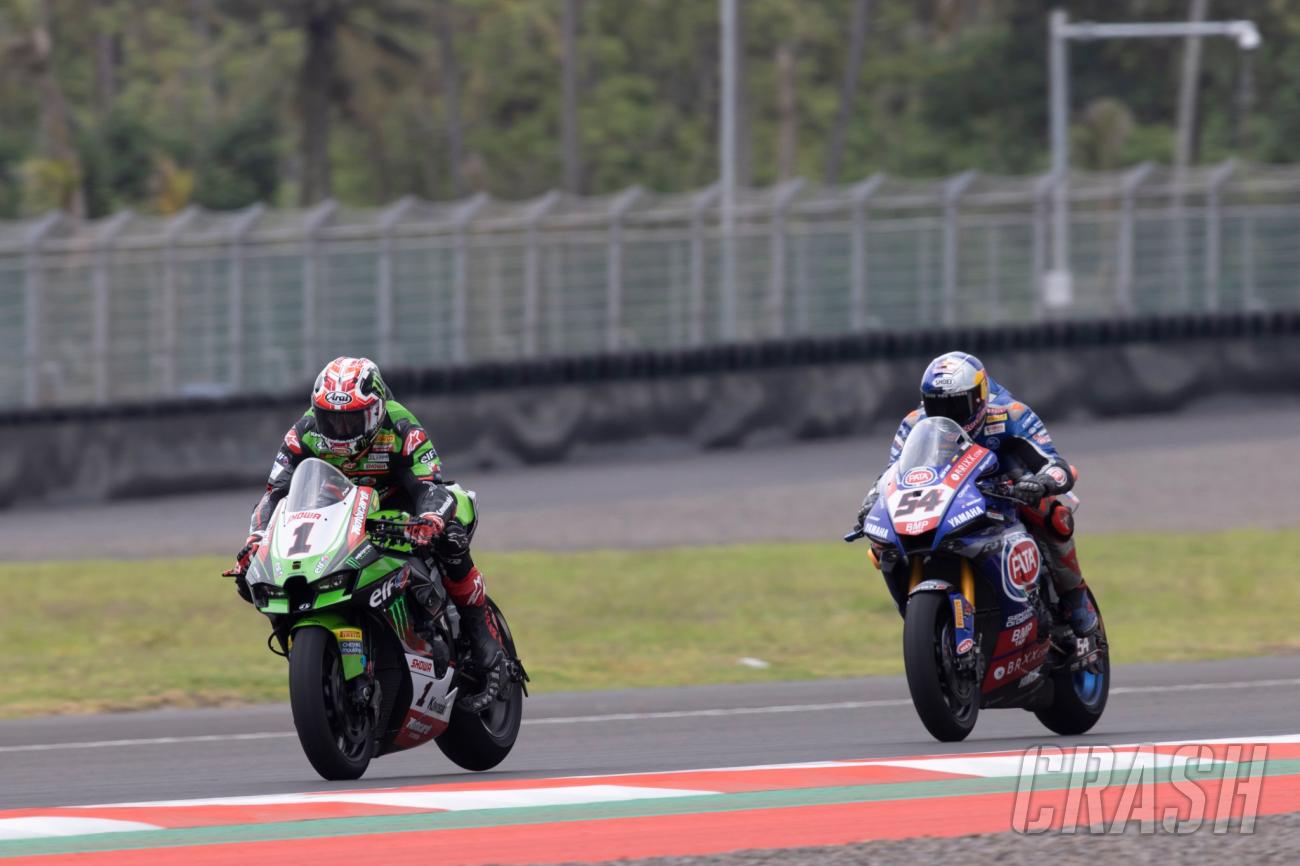 That all kind of changed just a little bit when I became a Ducati owner. Not because we (Ducati) were winning or anything, in fact I dont think I have seen any win in my short time as an owner, moreso it was just an ideal, a thing that I instinctively knew; Ducati was the fastest bike out there and Valentino was the most incredibly talented rider in the world, and I rode the same bike as him.

Well the same brand of bike at least.

Not that it matters to me more now either, I just notice it like those damn bent bars. There it is right in front of me. Ducati not only isn’t winning in MotoGP it’s currently bloody hopeless in WorldSBK. Only one out of three Panigales, the bike so much hope has been placed on for 2013, has managed to finish at Phillip Island. One out of three.

Carlos Checa’s Ducati clocked 311km/h down the straight, but was still almost 10km/h down on the fastest Aprilias at Phillip Island.

What the hell is going on?

It’s like being a one eyed supporter of the worst performing AFL or NRL team. Your pride suffers. You feel the pain with those riders and you pine for a pole position (even after Carlos set it he failed to finish and crashed out, thankfully not to badly injured) and that coveted Podium Finish. We need it, but it just looks like it isn’t going to happen again this year.

Why is this important?

Well for a couple of reasons to me. I don’t like losing. I’m not talking about me being the fastest rider and that I could do better, that is ridiculous, but I like to do things on the winning side of the team in everything I do. I guess I’m a competitive, driven, somewhat successful bastard and I hate settling for second best. Second place is first place for losers. It’s human nature to want to know that you are a winner. You get my drift.

We are also talking about brand damage here. Pride.

You start to feel you are on the losing team as a Ducati owner when we are losing across the board. Of course we all love our Ducatis and think they are awesome, but around other like minded two wheelers the conversation will inevitably somehow steer at some stage to who’s winning. Or twins vs big fours. Top speed. MotoGP and World Superbike. And the conversation won’t go well from there, like those poor AFL supporters we hang our heads and go all quiet sifting through the dust on the floor staring at our boat shoes, playing idly with the buttons on our cardigans. We suck right now.

It doesn’t make us feel like winners. Yes, Ducati is an iconic brand of motorcycle and sales haven’t suffered as the company changes gear from producing bespoke air cooled massive thumpers like the Hypermotard, into a business model that will support the future growth of the company by producing liquid cooled technologically advanced motorcycles, but what we all really want is bragging rights at the water cooler.

I might not know anything about MotoGP or WorldSBK, but I do know that we need to start winning some races.

New Ducati models 2021 and their costs