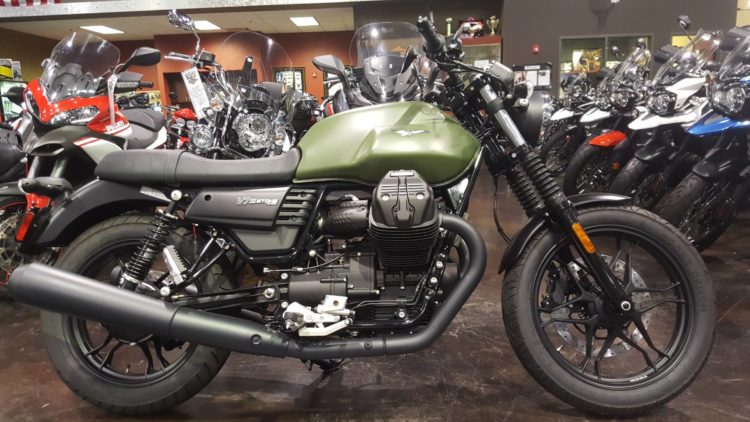 Ihad the chance to sit on one at the 08 bike show; it was a yellow Sport1000 single shock monoposto. I’m taller than the average Ducati rider (riders in general for that matter) so aside from being able straddle and near sit on the bike without taking a foot off the ground it sank down to what felt like bottoming out when I parked my rear on it. Much to the amusement of the other oglers at the Ducati stand that day I then knew that not only would I never be a professional jockey, I would also never see a new Sport Classic grace my garage.

Not owning one hasn’t stopped me from dreaming and trawling through the SC sections of numerous Ducati forums. The thing about the SC range is that the majority that rolled out of the Ducati factory really were an exercise in style more so than performance. This makes them popular with Ducati modifiers the world over. Wheel swaps, brake and suspension upgrades you name it there are a hell of a lot of things you can do with an SC.

Reading online you usually see the top shelf builds are in the states or Europe so when I saw a thread for a “Sport 1000s Track Bike Build” I innocently clicked onward.

After starting off with a mint biposto I almost wrote off the build as just another spit and polish job until I saw the original posters (OP) 3rd entry. It consisted of three images but by the second I knew this was something special.

As I continued viewing the posts that proceeded these images I watched exotic part after exotic part makes its way into the mix. By mid-February the bike was taking shape and someone asked the question “who would be riding it?” to which the OP responded with “the intention is to race it in the local Bears series…” Holy >insert expletive< Batman” I thought. This is a next level build, going down in Melbourne and it could be seen racing bears at a race track near you.

Waiting patiently & remaining silent I continued to watch as the bike came together. I eventually found myself at Motocicletta – the OP’s impressive online parts store more than once (NCR Cams will be my next purchase) With the bike running and after some shake down runs, some race results and even a little lie down (more on that later) I finally pulled the trigger and made contact.

After some emails to one another with me wanting to get some shots of the bike and ask a few questions for a piece on here on Ducatiblog I was blown away when Stephen one of the two Steve partnership that is Motocicletta offered to go one better. He hooked me up with a pit pass to see the bike in action at the up and coming 3rd round of the Pirelli Road Race Series at Winton raceway. Hells to the yeah!

I popped into Mocicletta HQ to pick up an NCR cap for my increasingly thinning head cover and met with Stephen Littlehales & Steve Marino. Two genuinely nice guys who clearly are barking mad…..Ducati Mad.

In a four part write up I’ll be going through the Bike, the guys behind it and my impressions from a weekends racing with team Motocicletta.